November 12, 2019
During last Spark+AI Summit Europe 2019 I had a chance to attend a talk from Miguel Martinez who was presenting Rapids, the new Open Source framework from NVIDIA for GPU accelerated end-to-end Data Science and Analytics. 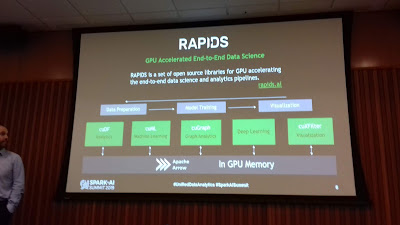 Fig. 1 - Overview of the Rapids eco-system

Rapids is a suite of Open Source libraries:


I enjoied the presentation and liked the idea of this initiative, so I wanted to start playing with the Rapids libraries in Python on Colab, starting from cuDF, but the first attempt came with an issue that I eventually solved. So in this post I am going to share how I fixed it, with the hope it would be useful to someone else running into the same blocker.
I am assuming here you are already familiar with Google Colab. I am using Python 3.x as Python 2 isn't supported by Rapids.
Once you have created a new notebook in Colab, you need to check if the runtime for it is set to use Python 3 and uses a GPU as hardware accelerator. You can check and eventually set it from the toolbar menu Runtime -> Change runtime type. Then you have to check that Colab has given you access to a NVIDIA Tesla GPU, as it is supported by Rapids. You can do this check from the notebook code by running

and look for the GPU type, as highligthed in figure 2:

Fig. 2 - The output of the nvidia-smi command in a Colab notebook

The next step would be the installation of the cuDF library for CUDA 10.x. You can use pip from the notebook:

At the end of the installation, before importing the cuDF package, you need to do an extra setup that I am going to explain below. If you don't do it, any time you try to execute the cuDF API, you will receive the following misleading error:

Fig. 3 - The error message in Colab when trying to use the cuDF API

The message states that the cudatoolkit isn't installed in your environment, so the numba package cannot be find, which isn't true, as cudatoolkit is already part of the Colab environment. The real root cause of this error is that the paths to the drivers are different in the runtime from what expected by the library. So you have to locate them first

and setup the environment accordingly

I have also put extra checks in case the paths shouldn't be found, which would probably be useless, but you never know :)

Now you can import cuDF, numpy and any other Python package you would need

I will share my impressions on this library and the others in Rapids as soon as I have completed some PoCs.

Popular posts from this blog

October 28, 2017
Sometimes you would need to export a sample of the data from an InfluxDB table to a CSV file (for example to allow a data scientist to do some offline analysis using a tool like Jupyter, Zeppelin or Spark Notebook). It is possible to perform this operation through the influx command line client. This is the general syntax: sudo /usr/bin/influx -database '<database_name>' -host '<hostname>' -username '<username>'  -password '<password>' -execute 'select_statement' -format '<format>' > <file_path>/<file_name>.csv where the format could be csv , json or column . Example: sudo /usr/bin/influx -database 'telegraf' -host 'localhost' -username 'admin'  -password '123456789' -execute 'select * from mem' -format 'csv' > /home/googlielmo/influxdb-export/mem-export.csv
12 comments
Read more

June 18, 2021
Photo by Dinu J Nair on Unsplash Today I want to introduce  TagUI , an RPA (Robotic Process Automation) Open Source tool I am using to automate test scenarios for web applications. It is developed and maintained by the AI Singapore national programme. It allows writing flows to automate repetitive tasks, such as regression testing of web applications. Flows are written in natural language : English and other 20 languages are currently supported. Works on Windows, Linux and macOS. The TagUI official documentation can be found  here . The tool doesn't require installation: just go the official GitHub repository and download the archive for your specific OS (ZIP for Windows, tar.gz for Linux or macOS). After the download is completed, unpack its content in the local hard drive. The executable to use is named  tagui  (.cmd in Windows, .sh for other OS) and it is located into the  <destination_folder>/tagui/src  directory. In order to use it, the Google Chrome web browser ne
8 comments
Read more